Anorexia Nervosa is characterized by a distorted body image (e.g., thinking you are “fat” despite being underweight) and excessive dieting that leads to significant weight loss. A person with anorexia nervosa is generally afraid of gaining any weight and engages in behaviors that prevent weight gain. In the restricting subtype, a person will limit the amount of food they eat each day in order to maintain a weight that is below normal. In the binge-purge subtype, a person may also have recurrent episodes of binge eating and/or purging through self-induced vomiting, exercise, or pills (such as diet pills, laxatives, or diuretics).

Anorexia Nervosa is diagnosed based on the appearance of three main symptoms, according to the Diagnostic and Statistical Manual of Mental Disorders, 5th ed. (DSM-5):

People with anorexia nervosa often show other symptoms such as:

Who is at risk for anorexia nervosa?

There is no single cause of eating disorders, including anorexia nervosa. Eating disorders are often the result of a combination of biological, sociocultural, and environmental factors.

Despite stereotypes often portrayed in the media, anorexia affects people from all ages, races, social classes, genders, and cultural backgrounds. While most sufferers will develop anorexia in their teens and young adulthood, cases are now being diagnosed in boys and girls as young as six and men and women in middle-age and beyond. Don’t let the belief that only certain groups of people struggle with eating disorders prevent you from seeking help.

How is Anorexia Nervosa Treated?

Because of the physical and mental complications of the disorder, anorexia is best treated by a multidisciplinary team, including a medical doctor, psychiatrist, registered dietitian, and therapist. Depending on a person’s specific needs, other specialists, such as internists or endocrinologists, may play a role in the treatment of anorexia.

A primary concern in the treatment of anorexia is stabilizing the person’s nutrition. After prolonged periods of starvation, a person’s body may have difficulty adjusting to regular and adequate nutrition, putting the person at risk for medical complications. Careful monitoring by a doctor and dietitian is vital during the refeeding process.

In addition to nutrition, it is essential for a person suffering from anorexia to understand the factors that lead to his/her eating disorder and what factors contribute to its maintenance.

"I couldn't be more grateful to the staff here at every level. They all genuinely care about you as a person, I have never felt like an insurance number being pushed through a system... [I am] forever grateful for this place, experience, and staff. I highly recommend Transcend ED treatment center."

"I could write a book about how Transcend has been an awesome experience for me...I can finally see somewhat of a glimpse of recovery. The therapists & nutritionists & staff are amazing. Thanks again Transcend for saving my life...I surely appreciate everything you have done & continue too help me in my recovery process."

"Transcend really helped me and I’m so glad I got treatment here. The staff is very kind and accepting, but will push you to be your best. The therapists and dietary staff really care and want to see you succeed. I am incredibly grateful for my treatment team at Transcend and the time I spent here."

Call today or send us your information online and we will be in touch soon. You can also take our anonymous online screening.

Hours & Location
Send Us A MESSAGE 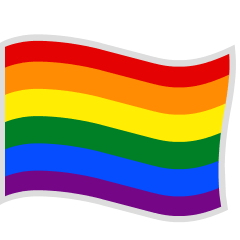 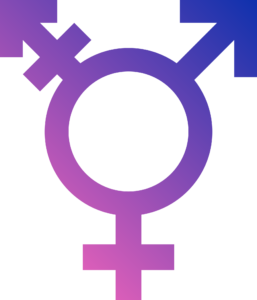